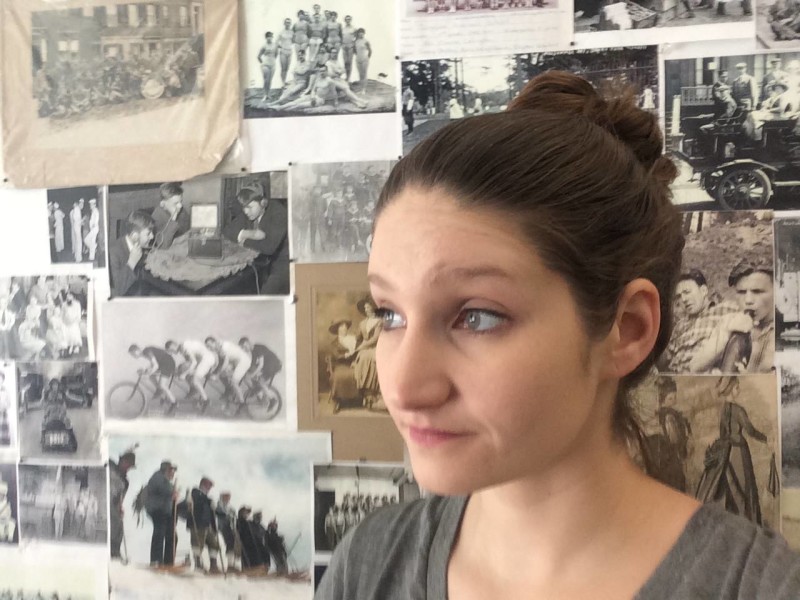 In the case of ourselves and ours, membership enhances individuality while in the case of others membership tends to produce a simple, one-dimensional identity. In other words, discovering that a grandparent, per se, is a Holocaust survivor or, conversely, was a member of the Hitler Youth only furthers a previously conceived notion of this person’s character. Their membership to this group does not automatically become their identity. On the other hand, to learn of a person upon a first meeting that they are a nun or a Playboy Bunny, shapes or perhaps becomes who this person is by way of what this person is.

As rational beings, we can assume a certain need for structure, a language with which to discuss the world around us. Through this series I aim to discuss the fine line between these two ideals. I hope to focus on the difference between the necessity of a language to classify the unknown and utilizing this language to pretend we comprehend the unknown. For example, I know what a Boy Scout is, but have never been a member of The Boy Scouts of America. Thus, another viewer has the potential to relate more or less to an image of a Boy Scout than I do because their experience with this group is inevitably, even if only slightly, unlike mine. Thus, I hope for my paintings to produce varying reactions from viewers based upon their personal opinions and experiences.

Furthermore, I attempt to paint multiple groups within a single painting. After noticing and hopefully somehow relating to a depiction of The Harlem Globetrotters, the viewer may also notice other groups within the obvious, uniformed group such as young, African American males in the 1970’s. While there may be a range of groups within a single painting, they are always juxtaposed with the individual faces of the members. This motif intends to point out the aforementioned concept of member versus identity. Therefore, I want my paintings to speak to our unavoidable individuality in a world hopelessly attempting to be known by way of commonality. 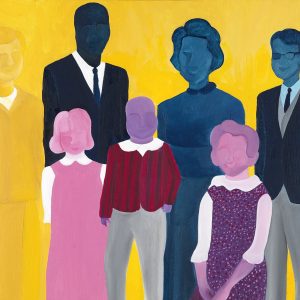 This piece takes a surreal spin on the 1970's family photograph. This piece is featured as a UGallery Staff Favorite. See it and our other favorites in the Staff Favorites collection
$1,900.00