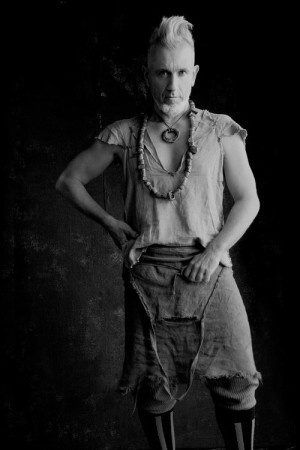 Not one to be caught lounging around, Thompson’s photographic career was set in motion some 30 years ago when he began shooting the “Made in My Kitchen” fashion he was producing at the time. As it turned out, his images attracted more attention than the clothes themselves, launching a career that continues to make a profound visual impact today.

An expat of Sydney, Australia, Thompson was seduced at an early age first by glam rock and later the dynamic youth movements exploding in the early eighties. He was particularly captivated by the aesthetic of Vivienne Westwood and Malcolm McLarenâ€™s subversive early collections and the music of artists such as Siouxsie and the Banshees.

Later in the decade, after several years in Paris, Thompson relocated to London where he began to move from fashion photography into the world of interiors. Perhaps due to his intellectual curiosity and a love of the lived environment, he began to develop a new, atypical approach to documenting interiors and architecture. In a Martyn Thompson image the human and the environment are always connected-the ordinary can become something enigmatic. His mastery of natural light is a skill that has made him highly sought after for still life and product photography.

A keen advocate of change and experiment, his work today has evolved to include video, mixed-media print work and 3-D fabrication.

Thompson has contributed editorial to some of the worldâ€™s most respected magazines including, Architectural Digest, W, The New York Times Magazine and Vogue. Commercially, heâ€™s created acclaimed imagery for many of the worldâ€™s leading brands including Tiffany & Co., Gucci, Ralph Lauren, HermĂ¨s and MAC cosmetics. In addition to working on a number of published titles, including two books with regular collaborator Ilse Crawford, Thompson recently released Interiors (2011) and Working Space (2013).

– artist image and profile from www.martynthompson.com 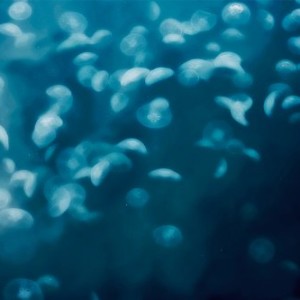 In Martyn Thompson's alien series, these jellyfish are transformed into other worldly creatures, existing as repetitious form in a floating abyss. The series contains a varying palette of blues and grays, recalling the range of tones in the natural sea en 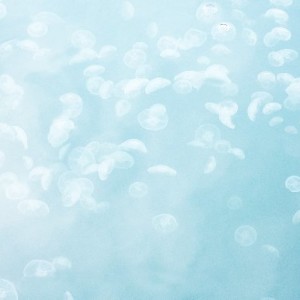 In Martyn Thompsonâ€™s alien series, these jellyfish are transformed into other worldly creatures, existing as repetitious form in a floating abyss. The series contains a varying palette of blues and grays, recalling the range of tones in the natural sea environment. Interestingly, the form changes very little from image to image, yet the overall feeling the image conveys is quite dramatically different, depending on the color scheme. In this image, the dark, rich blue imparts a certain feeling of depth, as if the viewer is peering into a deep, oceanic world.Â -Luster Fine Art Prints 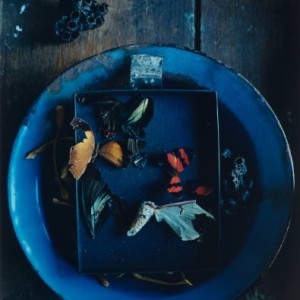 In this series, Martyn explores themes of memory and fragility, using strong elements of naturalism. Here, the broken wings of the butterflies demonstrate the delicacy of nature, leading us to question our own finite existence. The vibrant blue plate cont